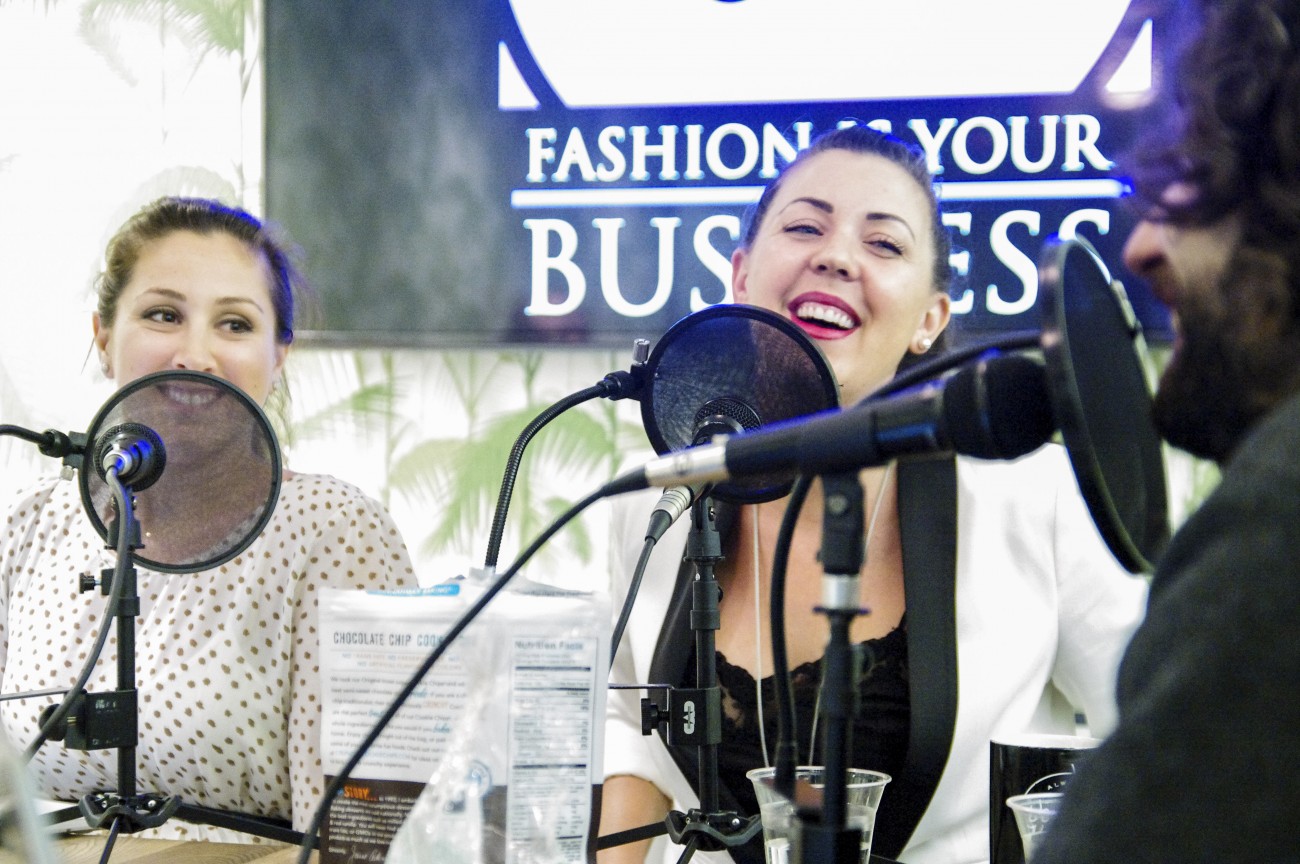 The business of boutique magazines…

Liza Kindred (Founder of Third Wave Fashion, Editor in Chief of Third Wave Magazine, and Co-author of the upcoming The Third Wave of Commerce: How We Buy Now) and Rachael Baxter (Co-Founder and Editor In Chief of the conscious lifestyle digital and printed Conscious Magazine) join Marc Raco (Monkey Radio and The Hope Is Project), Rob Sanchez (Manufacture New York and Ralph and Remington [Episode 21]) and Pavan Bahl (OS Fashion) for a discussion about social issues, publishing magazines and a creative culture. After a snack of stereo cookies, there’s discussion of gimmick marketing for causes leads to thoughts of the need for sourcing labels on clothing and knowing where your clothing came from and making choices about causes, the developing trend to greenwash by adding causes to branding, being well-intentioned vs. using causes as a marketing ploy to sell product, and why it is a “business must” to be a leader and do the right thing for right reason.

Baxter shares the origins of Conscious Magazine, the topics which grab most attention, the mission to recruit talented people who can help fix problems of those hurting, finding the right paper for the printed version of the magazine, why work and life balance matter, the impact of communication and supportive partner, when to say stop with the business and start enjoying life, advice for dealing with insecurities when doing a startup so the joy isn’t lost, have a creative culture that keeps everyone excited and passionate, and keeping an eye on the big vision, organization, and laughter. Plus, the group ponders if everything has to do with whether koalas have been used.

Kindred talks about Third Wave Magazine’s impending first issue focusing on fashion tech and wearables, and how it is like Harper’s Bazaar meets Popular Mechanics . She discusses why the magazine offers sponsored content instead of ads, the mistake other magazines make with having the same ads seen in other similar magazines, the approach to provide a glimpse of The Internet of Things, “heady, intellectual things wrapped in inspiration”, fashion tech startups and new ideas, thought leaders and rising stars to bring exposure to what people will be talking about a year from now.

What makes an interesting story, Liza’s “bull&*#$ meter”, visual search apps and why people can’t solve the problem, the value of being open to pitches vs. stripping out hyperbole and breathless adoration, being lean about the process, and creating useful collaboration. The value of the printed magazine vs. a digital version, do handheld magazine creates deeper memories, the future of commerce and fashion tech, the need for physicality and a way to connect.

And SwillCall questions reveal wedding plans, Camp Fancypants, Liza’s interest in “Swamp People”, what led Rachel to have an interest in helping people and her appetite for life and food, favorite cocktails, a new band name, Liza on the motivation and impact of building communities and being sucker for possibilities, and why Rachael wants to fight bad guys.

And the reveal of the mystery man! Josh Clark, inventor of Couch to 5k and all around mobile strategy badass, was the silent lurker in the studio who will be marrying Liza at Camp Fancypants.