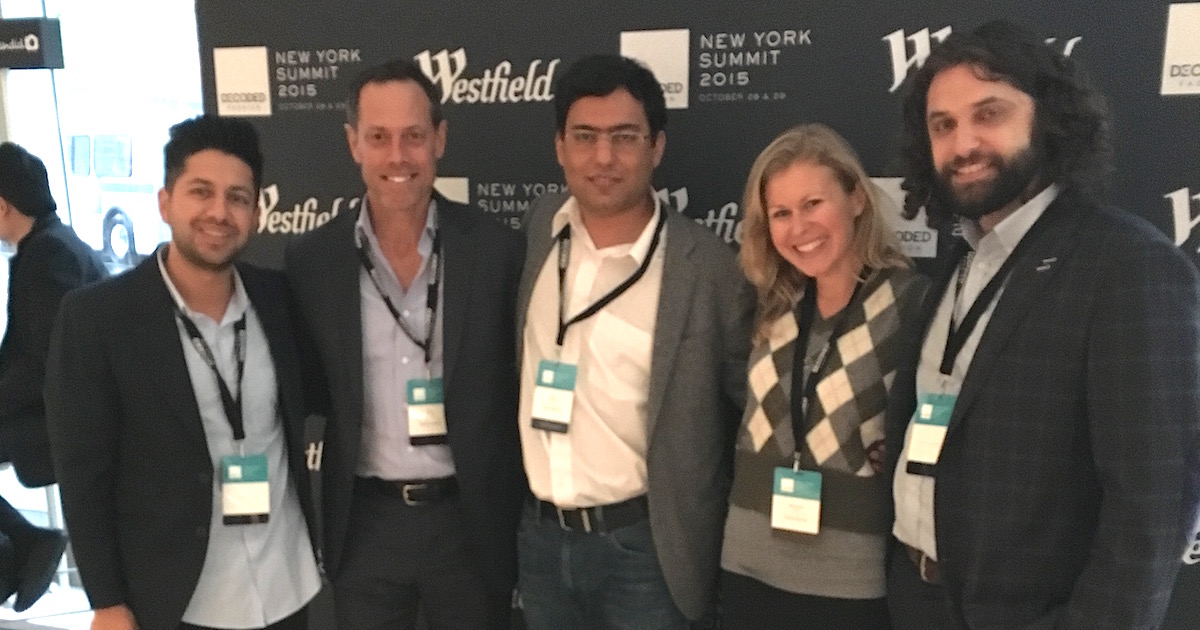 power “Buy buttons” on social apps) Nitin Mangtani (Founder/CEO), Stephanie Clay (Director of Sales) and Ken Pilot (Operating Adviser) join Pavan Bahl (OS Fashion) and Rob Sanchez (Ralph and Remington [Episode 22]) on location at the 2015 Decoded Fashion New York Summit. They discuss the origins of PredictSpring and assembling a high-profile, dynamic leadership team, selling an idea, and the issue of discovery on one’s phone while completing commerce on a desktop. They talk a fix that solves that problem, why PredictSpring is onto something critically relevant, the effort to focus on driving conversions, and why they are building mobile-only along with truly native and beautiful experiences. The potential of mobile users and the fact that mobile phones are often the only computer for many people, how the trend of stylus-based phones impacts development, looking for bigger moments, and the surprising lack of innovations in mobile platforms in recent years.

How mobile is intimate and more brands are creating apps as development cost shrink. The value of PredictSpring users remaining logged-in with touch IDs in solving personalizing experiences, avoiding password frustration, the amount and engagement of mobile app traffic has jumped, the focus on frictionless shopping in or out of brick and mortar stores and the ability use an app in-store. And why 2007 was one of most important times in the history of mankind, and why client brands do not have to reinvent the wheel and can integrate with existing client systems.

The story of how Mangtani’s origins as a kid brought him to his current stage, realizing the challenges and commitment of entrepreneurialism, and the power of videos games and utility apps on driving understanding of possibilities. Pilot’s and Clay’s intriguing paths involved running retail apps and successful a sale a day after launch. Releasing new modules virtually weekly, the ability to evolve and pivot with customer needs nimbly and quickly, the role of Apple Pay in advancement, and being able to pull in social feeds and make them shoppable. Off the Grid Questions reveal how the story of “The Shut Up Boy” led to Clay’s first sale, Mangtani’s origins of coding from palingrams, and how Studio 54 disco and “Hotline Bling” relates to Pilot’s life.