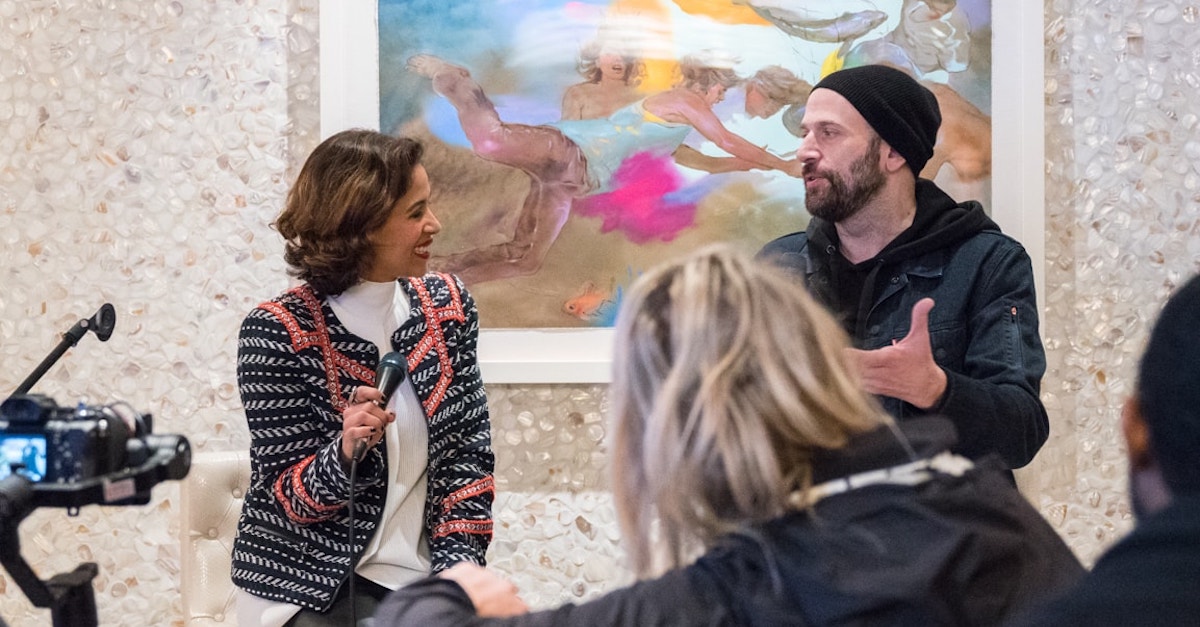 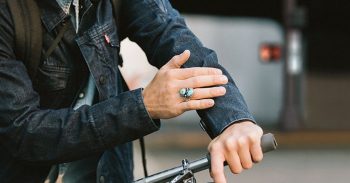 The Levi’s Commuter x Google Jacquard jacket is the first of its kind – a commercially ready piece of wearable tech that’s both fashionable and washable.

But more than that, it’s one of the only “devices” out there aiming to tackle the idea of obsolescence, Paul Dillinger, VP of global product innovation at Levi’s, says in an episode of “TheCurrent Innovators” podcast with host Liz Bacelar. 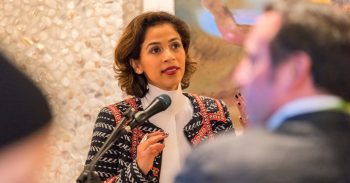 The jacket itself is designed for urban cyclists, or as Dillinger refers to it, “for people who live in the city and need to get around”. It’s based on the existing Levi’s Commuter Trucker jacket, but embedded with technology in the sleeve in order for it to operate a number of useful functionalities for wearers. It launched to the public in September 2017 for $350 in stores and online.

“It’s a classical denim trucker jacket that is designed to make an urban cyclist’s life a little safer, a little lighter, a little better. To that we’ve then added about 15 rows of capacitive yarn in the left cuff, that forms an area that is capable to be touched.” 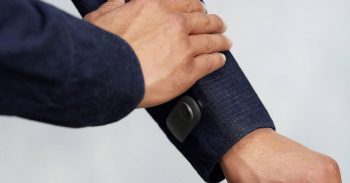 Users can tap or swipe in that spot to then control various utilities including playing music, getting GPS directions, answering or rejecting calls and more. It is connected via Bluetooth to your phone to do so.

The key, according to Dillinger, was about making it still feel like a fashion item. “(The jacket) had to feel like a Levi’s product not a piece of Google technology,” he says. But it had to function to the same level of a Google technology too. We had to take a lot of time to weave it in so that it was working but not visible, trying to make it look and feel right.”

The aim now is to constantly improve on that functionality to make it increasingly more useful to the user too. “The spring [update] of this product won’t be a new object, it will be new abilities. We built digital platforms so that the jacket never gets obsolete,” Dillinger explains.

In partnership with Google, the team studies user behaviour data to gain indications of how they should be improving.

That approach is a marked difference for the two industries involved. Tech is usually designed to be replaced. It’s the reason we all upgrade our iPhones. By comparison, in fashion – despite the shift towards disposable clothing at the cheaper end of the market – the ideal is for longevity. Denim from Levi’s frequently falls into that latter category.

“The challenge is to make it something that people will want to wear, and something that is more like a platform, that can improve itself,” Dillinger notes.

This is a jacket that’s essentially a piece of software more than hardware then, with upgrades that install automatically. “We started selling in September. By the holidays the users got a notification on their app saying, your jacket just got better, we have capabilities that are improved,” he adds.