A marketplace for modern design… 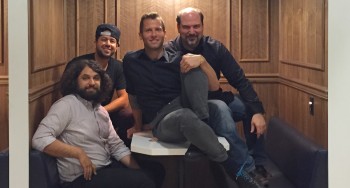 ), Rob Sanchez (Manufacture New York / Ralph and Remington [Episode 22]) and Marc Raco (The Hope Is Project and Monkey Radio), in studio for Part 2 of his extended interview. He discusses sitting on advisory boards, the kind of company that would motivate him to advise another company, and his propensity to work with female founders. Pavan extends an invitation, and Bradford declines one.

And an epic round of Off the Grid Questions covers how Shellhammer became a rock star, performing in Paris, his biggest inspiration in life, the one thing he’s 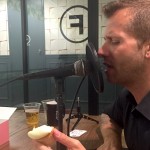 done every day of his life, why he doesn’t listen to podcasts or watch TV, telling off a reporter, the problem with critics, what influenced his personality, style and career interests, how the gradual steps to success critically matter and the accumulation of experience, his desire to be an inspirational author and where he feels famous. We also touch on George Eastman’s organist, a profound consumer experience that affected how Shellhammer does business, what his favorite book has to do with his apartment, and the difference between being creative and buying what you want, and simply buying what you’re told to want. Plus: a first-ever in-studio live musical vocal performance that Barbra would be proud of.