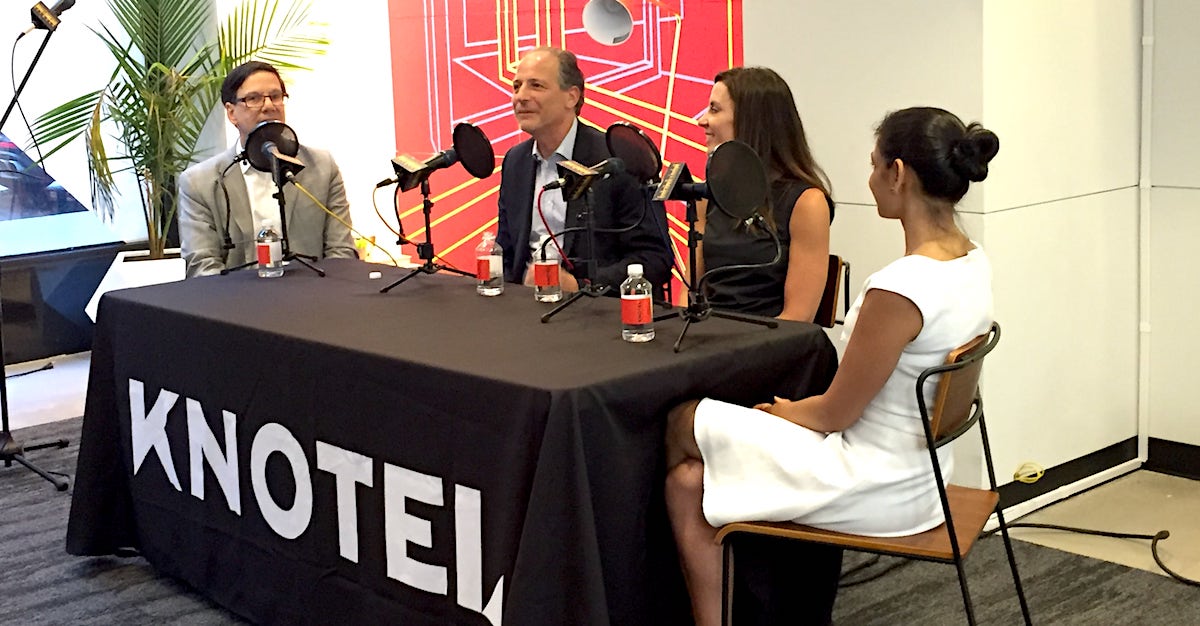 The development of people, culture, brand, products, and structure necessary for growing and scaling a business – sponsored by Knotel… 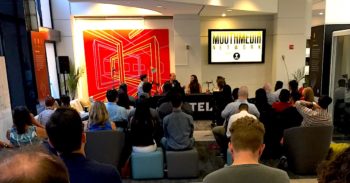 This MouthMedia Network Live event was recorded in front of a live audience at Experience Knotel, a interactive space located in the heart of Noho in New York City (666 Broadway) designed to showcase the experience of working in a flexible, adaptable, always energized environment. Sponsored by Knotel – Your agile business deserves an agile space. Knotel will find, customize, and operate your ideal office while you focus on your business. Discover more at www.knotel.com 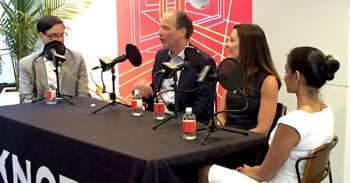 In hindsight – what the panelists wish they knew when getting started:

Finding the right people, with an eye on the future:

In an evolving real estate ecosystem:

Finding opportunities for a startup that has differentiation in a market with challenges:

Importance in leadership of emotional maturity:

After a successful bankruptcy practice at the premier New York law firms of Kelley Drye & Warren and Stroock, Steven Balasiano joined The Children’s Place and was part of the executive team (Chief Administrative Officer) that scaled the company from 70 stores and $70 million in sales to 1200 stores and $2.3 billion in sales across The Children’s Place and the Disney Store brands. He was directly responsible for real estate, store design, construction, procurement, human resources and legal.

Subsequently, Steven was appointed President of Ventura Enterprise/Star Garments, an apparel manufacturer with 7 factories and over 10,000 employees in Sri Lanka, Hong Kong and China. He was recruited to strengthen operations, productivity and financial management for the family-owned and operated business with major accounts, including Ann Taylor, Abercrombie & Fitch, Victoria’s Secret, Liz Claiborne and Marc Jacobs.

He then acted as president for Comtex, a large global apparel sourcing company, with 8 buying offices in Asia and manufacturing facilities in Vietnam and Bangladesh producing merchandise for the most respected men’s, women and children’s brands in the industry, including Polo, Calvin Klein, Children’s Place and Perry Ellis, with revenue in excess of $1 billion.

Most recently and through his consulting company, MHR Advisory, Steven launched the proposed Sanrio/Hello Kitty Stores expansion in the US, restructured and reorganized a $100 million private label children’s apparel company, and advised Sequential Brands on the potential retail expansion for many of their brands.

Terri DiPaolo is currently Head of Licensing, Sponsorships & Endorsements at TKO, a boutique talent agency where she advises talent and brands on their licensing strategy and provides guidance on best practices for establishing and maintaining a successful brand licensing program. Terri also maintains her legal practice, representing brands and talent.

Terri’s career spans the entertainment and consumer products industries, having worked as music attorney in private practice for over a decade before holding positions as General Counsel and later Chief Operating Officer at brand management house, Authentic Brands Group (a private equity owned brand portfolio company) where she was one of four executives to take the company from zero to over $100mm in EBITDA in 5 years. At ABG, Terri supervised the sales and licensing teams, managed an internal legal staff and guided the patent and trademark strategies for over 15 intellectual property portfolios globally. Prior to ABG, Terri served as General Counsel of Bob Marley’s Estate, working on transformational deals including the launch of: House of Marley and Marley Coffee.

As an entertainment attorney Terri worked with clients ranging from “baby bands” to some of the biggest names in music, handled acquisitions for multinational publishing companies and helped to structure the music division of Lions Gate Films. Terri spent a year in Europe working for boutique creative agency, 180 and returned to the US to help General Motors clear their music for advertising when the company was in bankruptcy.

Jodd has spent over 30 years as a serial entrepreneur, product innovator, and management consultant. His multidisciplinary career covers a variety of industries and includes highly specialized telecom expertise. Jodd has designed and managed telecom infrastructure systems, and software as an entrepreneur and Fortune 100 executive.

Jodd has significant experience working with Fortune 100 companies. He spent 5 years as Manager of Marketing and Strategic Planning for the DuPont unit that created the Rapid Interactive Prototyping methodology (now known as Agile Development). Previously, he spent 6 years as a subject matter expert for Arthur Anderson focused on M&A transactions for Samsung and AT&T. Jodd created the least cost routing system for NYNEX Mobile, advised Wells Fargo on call center architecture, and created the first expert system for medical collection billing for Beth Israel Hospital and, perhaps, the first auto-dialer (sorry). He holds an issued patent for Vumber, and a filed international application for an AI based system for a lung cancer detection method.

Jodd is currently the CEO of LymeLog, a medical app to track symptoms and treatments of 1 million chronic Lyme patients, Founder of Roam Coin, a patented blockchain technology allowing international mobile roaming at 80% discount from existing rates, and is creating the IoT infrastructure for Opti-harvest.com, which increases crop yields by over 20% by increasing the amount of useable light under the canopy of trees.

Jodd serves on the Board of Advisors for numerous startups. He is active angel investor and a founding member of the New York chapter of Keiretsu Forum, the world’s largest angel investing network. He holds a BA in Psychology with an emphasis in Artificial Intelligence from Stony Brook University. He graduated from Stuyvesant High School, where he connected the computer lab to the ARPANET in 1974. He was one of the original phone phreaks, which predated computer hacking.

Avani has years of experience in the startup world in various capacities including as a founder, advisor, mentor and investor. Most recently she co-founded Ember, an investment fund that provides inventory financing for e-commerce to consumer companies. Avani is also the founder of TrendSeeder, a value add “mentor” capital fund working with founders of emerging fashion, beauty and health & wellness companies to build brilliant businesses. TrendSeeder also boasts a highly curated list of over two hundred mentors recruited by Avani from the executive levels of the most highly regarded fashion companies around the world. In addition, Avani served as the Director of the Harvard Business School Startup Studio in New York, where she used the TrendSeeder methodology to support Harvard Business School alumni entrepreneurs in NY. In her work with TrendSeeder, Harvard Business School and other organizations, Avani has advised over five hundred entrepreneurs. She has also traveled the world, including to Oulu, Finland for the Midnight Pitch Fest to share her entrepreneurial expertise. Avani was also named a Role Model by Carrie Hammer and graced the company’s runway at New York Fashion Week in 2015.

Prior to founding TrendSeeder, Avani had a career as a corporate attorney where she worked on multi-billion dollar mergers. However, TrendSeeder wasn’t Avani’s first foray into the fashion world. She founded a men’s and women’s contemporary clothing label when she was in law school which was featured in a fashion show at Lollapalooza. Avani also finds the time to give back and has worked with organizations like the Tory Burch Foundation, the Girl Scouts and the Athena Center at Barnard College.